A Day Of Play For Pentagon Play

For a company that continuously promotes active and healthy lifestyles in schools, we thought it was time to lead by example and take on this challenging and fun inflatable assault course (the longest in the world). 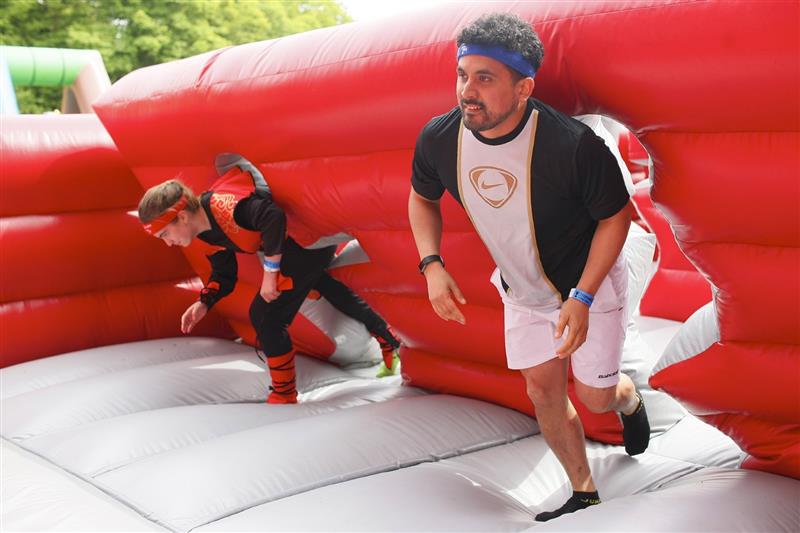 All of the money raised from ticket sales went towards one of the countries most-loved charities, the British Red Cross, which was another fantastic reason for participating in this amazing event.

After meeting in central Knutsford, we walked 2.5 miles through the wonderful grounds of Tatton Park to warm up and stretch the legs before taking on the World's Longest Inflatable Course.

‘Pentathlon’, turned up in rather strange, coordinated fancy dress; getting into the spirit of the event!

Before the event, Active Cheshire instructed all the teams who had entered that the winner of Playfest would be the team with the most 'Fit Coins'.

Each team had their own time slot to take on the inflatable assault course while their were opportunities to gain more 'Fit Coins' at other challenges stationed around the event. 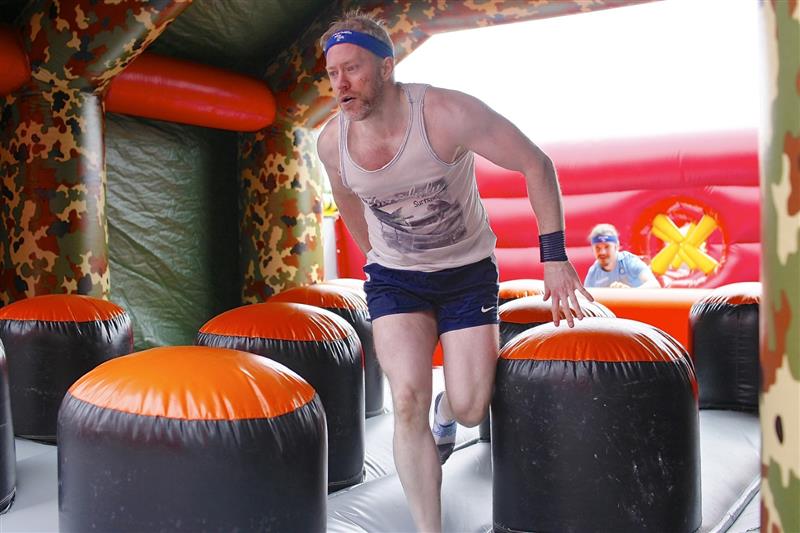 Our teams competed in a number of inflatable activities including:

The entire day was excellent for team building as both of our teams took on each challenge with enthusiasm and determination.

When the results at the end of the day came in, 'Pentagon Pirates' finished 4th out of a total of 60 teams who had entered the competition. ‘Pentathlon finished 9th meaning both of our teams finished in the top 10 which is an excellent effort by all involved. 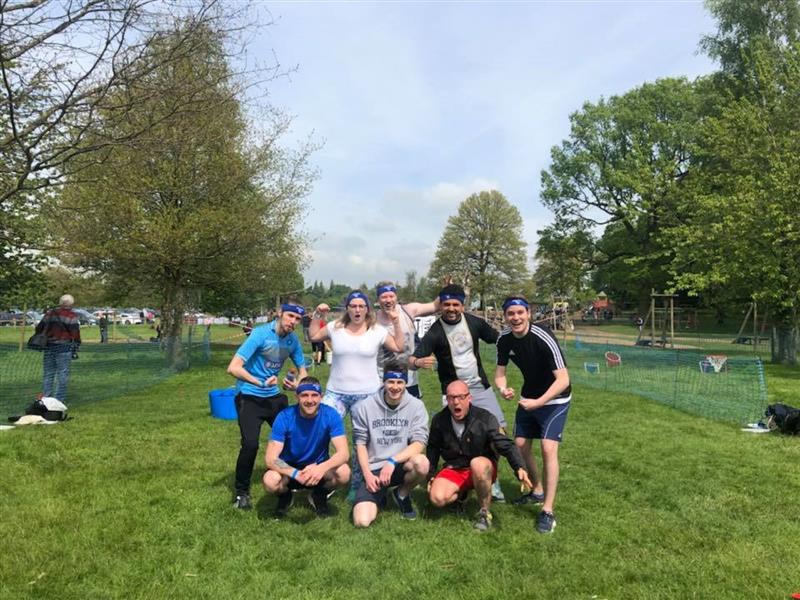 ‘Pentagon Pirates’ completed the world's longest inflatable assault in an amazing 6 minutes and 28 seconds while ‘Pentathlon’ weren’t too far behind with a fantastic time of 7 minutes and 15 seconds!

One of the side challenges for ‘Fit Coins’ was Throw Ball. Our teams had 1 minute to throw as many balls as possible into different targets which varied in distance; a true test of our hand-eye coordination and gross motor skills. ‘Pentagon Pirates’ did particularly well on the throw ball with a massive score of 70 points; the highest score of the entire day! 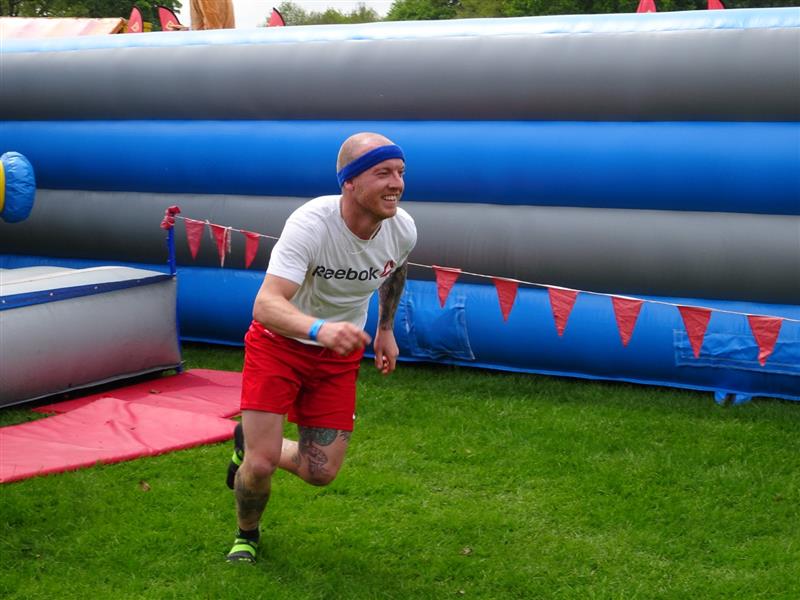 The second side challenge for ‘Fit Coins’ was the Inflatable Speed Cage where each of our teams had to hit different targets with either footballs, rugby balls and tennis balls.

While waiting for the scores, everyone had plenty of fun on the Inflatable Gladiator Podium which resembled the classic Gladiator challenge from the famous programme.  This fun-filled activity was a true test of our balance, core stability and overall strength. 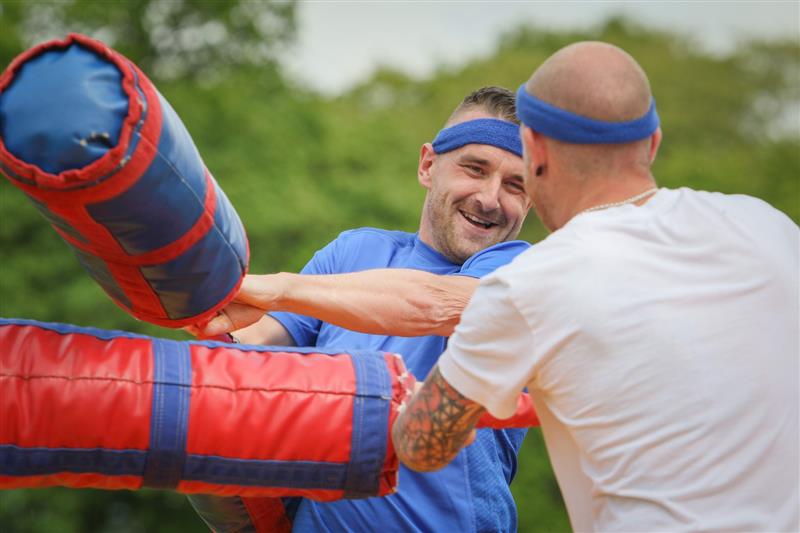 Finally, the Inflatable Table Top Football was a team favourite! Both of our teams, ‘Pentathlon’ and ‘Pentagon Pirates’, went head to head on the inflatable pitch with both teams winning a game each. 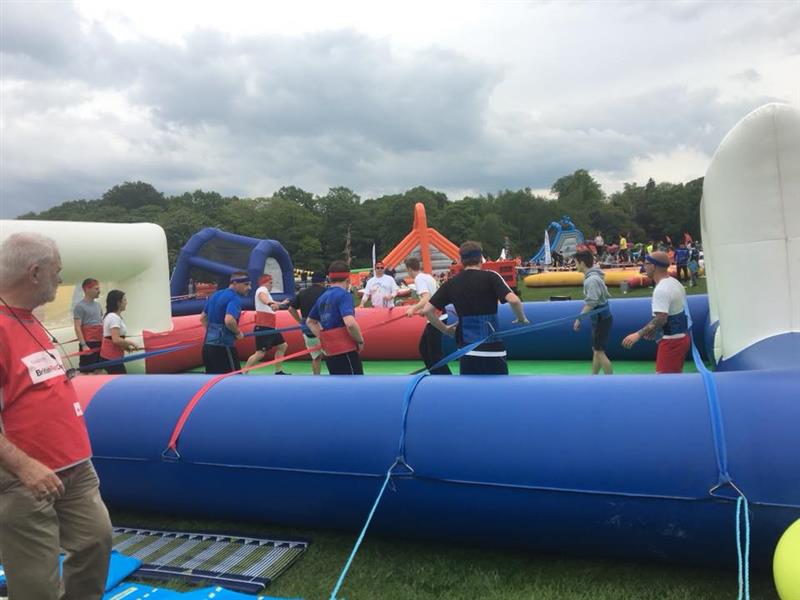 Overall, every single one of our employees who took part enjoyed a fun filled day of play and physical activity. We are already looking forward to going back next year!

At Pentagon Play, Our Team actively promotes physical activity in the workplace and encourage each other to lead a healthy lifestyle. We participate in football tournaments and host in-house badminton to name but a few. Next year, we hope our teams bring the trophy home.